Picked up three physical books from the library this week, and read three ebooks, because I read When A Scot Ties The Knot and went off on a Tessa Dare binge. More on that later this week! 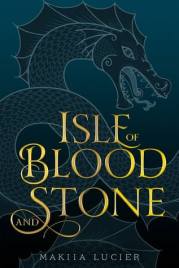 The three physical books I pulled are Wilder Girls, Isle of Blood and Stone, and Small Town Hearts, which was recommended to me by Rachel Strolle on Twitter, when I sent her a gif from Booklyn 99 of Amy telling Jake “Babe, you’re being weird.” As that gif perfectly sums up my own relationship, I’m excited to read this one! When A Scot Ties The Knot was recc’d up that same thread on a book-related gif, which is why I snapped it up as an ebook.

I was hoping to get Wilder Girls in time to go to Barnes & Noble’s YA book club, but alas, that was not to be, as the book club met Thursday and the book came in Friday. Figures, right?