Top Ten Tuesday is hosted by That Artsy Reader Girl. This week’s topic is Books I loved that I will never re-read. 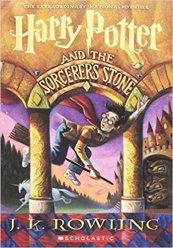 So the catch with this one is I RARELY re-read books. Even if I love them. About the only exception is if I realize I’ve forgotten some details in a series and a new book in the series is coming out, then I might re-read a book or two to refresh my memory. So coming up with books I won’t re-read for reasons other than “I just don’t do that” was the real challenge here.

Harry Potter
Starting out with the classic that everyone re-reads multiple times. I love the Potter-verse (though JK, lately, can go die in a fire) – I’m a diehard Hufflepuff. (I have a hat, scarf, gloves, mug, cross-stitch, enamel pin…the list goes on. I rep Hufflepuff whenever I can.) But I’m never going to re-read the books. I just don’t have it in me to dive into that series again.

Eve of Redemption (Salvation’s Dawn)
This is a set of ebooks I found via Kindle Unlimited about draconic humanoids in a high-fantasy world, and they are surprisingly excellent. But they’re also five large books and I just don’t have the time to devote to that.

The Odyssey
I was surprised at how readable The Odyssey was, and I did love it, but it’s still too…obscure in language, I guess, to want to read it again.

Song of the Lioness quartet 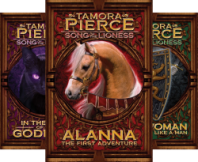 Oh, Tortall. Song of the Lioness was my introduction to Tamora Pierce and Tortall, by way of my husband, but having read her more recent novels, the quality of writing of Alanna’s story is very obviously lacking. The story is good. The writing level is nowhere as good as her later novels. 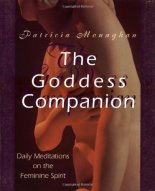 Goddess Companion
I was reading this in my pagan phase, and it’s still on my shelf, but it’s basically a pagan devotional and I can’t see myself cracking it open again. It did get me through some difficult times, though.

I read most of these before True Blood came out, and then I watched the first few seasons of True Blood as they came out, and while I love Alexander Skaarsgard as Eric, I HATE BILL. I can’t even read the books anymore for picturing freaking Bill from the show. (That’s him on the cover to the right – ew.)

Married to the Military
This book was invaluable when Alex enlisted in the Marine Corps but is no longer really applicable to my life now that he’s out.

Sword of Truth series
Man, I loved these in high school. Unfortunately Terry Goodkind’s kind of a douche and I won’t be reading his books again.

Kushiel’s Dart Trilogy
Beautiful, evocative books that I will just never pick up again. I’m not really sure why. There’s something about long books about incredibly-detailed fantasy worlds that I can only read once. I don’t have the energy for them a second time. 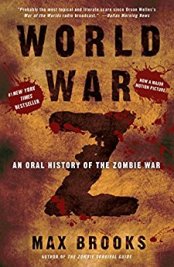 World War Z
Oh, World War Z. One of the best dystopias I’ve ever read. But I get nightmares about zombies very easily, for some reason. And I slept with the lights on for several nights while I read this, and for a few nights afterwards. I had a detailed plan for what we would do if the zombies came. The book was excellently done but I will not subject myself to that kind of terror again. It definitely tops my list of books I loved that I will NEVER re-read.

9 thoughts on “TTT: Top Ten Books I Loved that I will Never Re-read”