Top Ten Tuesday is hosted by That Artsy Reader Girl. This week’s topic is supposed to be Ten Books I Decided Not to Finish Too Soon – but given that I very, VERY rarely decide not to finish books, I’m just going with Ten Books I Didn’t Finish.

The Essex Serpent – I read the first two pages of this and went “Nope. This prose is beautiful and artsy and flowery and there’s no way I can read this book.”

I won Demon Hunting With a Sexy Ex via a Goodreads Giveaway, so I checked the first one out from the library – Demon Hunting in Dixie – and tried to read it. Then the “hero” of the story assaults the heroine three times in the first thirty pages of the book, ending with forcing an orgasm on her in the back of her flower shop while she’s resisting him. NOPE. DONE. I am not cool with those lack of consent issues. (He kisses her the first time, resulting in her running him off WITH A SHOTGUN. Then he starts foreplay with her WHILE INVISIBLE AND SHE’S ASLEEP because she was just “so sexy he couldn’t resist her.” No. Disgusting.)

What the Dead Leave Behind – I started it but it just didn’t hold my attention. Some writing styles just don’t.

The Cooking Gene – I had this from the library but this is one I think I need to own and consume in small sections. I just didn’t have time to absorb it properly from the library.

Fifty Things You Need to Know About World History – Bought on my Kindle. Should probably finish reading, since I only got through the first two sections. I don’t remember anything about those two sections.

Dark Money: The Hidden History of the Billionaires behind the Rise of the Radical Right – Interesting book, from what I read. Like The Cooking Gene, probably a book I should own and read in small sections. A lot of the heavier nonfiction is like that. 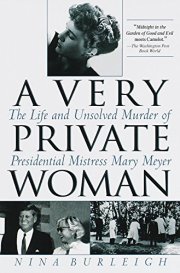 The President’s Kitchen Cabinet: the story of the African Americans who have fed our first families, from the Washingtons to the Obamas – I didn’t get further than the first page. I regret that. But it was a library loan and I just had so much other stuff to read.

St. Patrick of Ireland – Philip Freeman – WAY too Christian-centric and “those eeeevil pagan worshipers” and I almost threw it across the room. Forget that. Like, St. Patrick was obviously a hugely Christian-centered story, but I’d expected the book to be a little more objective, not “obliterate their pagan religions because they’re eeeeeevil.”

I know that’s only nine, but that’s all I could come up with for books I haven’t finished! I usually force myself to finish books even if I don’t like them, so this was pretty hard to scrounge up.

4 thoughts on “TTT – Books I Did Not Finish”